Dear Rose,  you’re a grownup young woman now but you’ve asked me to tell you your birth story so here goes.

Your mom phoned me a few weeks before her due date to see if I would help her give birth to you at Surrey Memorial Hospital.  She explained that your older brother had been born by cesarean and she had been planning to have you that way, too.  Her doctor had encouraged her to have a vaginal birth but she originally said “NO.”  I think your Dad was a big influence on that.  He never came around to thinking natural birth was a good idea.  As far as he was concerned everyone should have a cesarean–much neater and tidier in his view.  Of course, no one listened to him.

When your Mom made the request of me to be her birth assistant, she had begun to realize that giving birth vaginally might be better for her health and much easier as far as recovery.  My response to her request was “No, I won’t go to that hospital with you.”  She asked “why not? isn’t that what you do?”  I explained to her that I had never seen or heard of a nice birth at that hospital and that it would hurt me too much to watch her go through their treatment of her.  She asked “What would you suggest I do then?”

I said “Well, I’d like to sidle up to this more obliquely, but we don’t have any time. . . I’d like you to have a home birth.”  Your Mom was astounded.  She had only just started to bend her head around a vaginal birth, she had never known anyone who had a homebirth, and this idea came out of left field.  She said “You would NEVER talk me into that!”  I told her that I’d like to try and that I would give her 3 hours of sales pitch for free if she would let me give it a whirl.  She laughed and said okay and the rest is history.

We met, we talked, we laughed, we watched birth videos, I told her stories and, by the end of our time, she was enrolled in homebirth.

It was a long birth.  Your Mom dilated slowly but steadily.  Your Dad made himself scarce with his motorcycle buddies out back through most of it.  Your Mom was always strong and brave except when your Dad would come in the room so it’s probably good that he wasn’t into it at all.  We had to drag him in the bathroom (where your Mom had decided to give birth), when you were actually emerging and, even then, he pulled his shirt up over his face and just peeked his eyes out.  The minute he could see you were breathing, he rushed out again!

One of my students, Joanne, was with us through the whole birth.  It was the first birth that she ever attended.  I said to her “Joanne are you ready to catch your first baby?” and Joanne gamely nodded “yes”.  So, your lovely momma pushed you out very gently while in an all 4’s position on the bathroom floor.  Joanne received you in such a tender, gentle way and you went right onto your Mom’s skin.  We helped her to turn over and sit leaning back on pillows against the bathtub for a while. 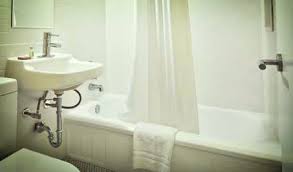 Your Mom held you close the whole time. The placenta was born and your cord was cut after it had completely stopped pulsing and the placenta was out.  You were a very sweet, pink little doll.  Your mom was completely captivated and I guess your Dad really liked you a lot because he kept giving us cash after that.  🙂

When it was time to tuck you and your Mom in bed, we noticed that your Mom was walking towards the bed completely hunched over.  We had to tell her “You haven’t had a cesarean, you can stand up straight to walk.”  She looked so surprised and, yes, she straightened up and stopped protecting her guts.  The next day, I came out and you were nursing like a champ.  I asked your Mom to do some sit-ups and leg raises and she looked at me like I was insane.  Again, I had to say “You haven’t had major abdominal surgery this time, you can lift your legs.”  She was skeptical but did it just fine.  The day after that, when I came she was up, dressed and making spaghetti sauce in the kitchen.  I thought “Whoops, we shouldn’t have told her how strong she is!”  The day after that, I came to do a blood test on your heel and your Mom had taken you and gone to the gym!  She felt so good and she never complained about anything because nothing feels bad after you’ve known what a cesarean feels like.

Your Mom joined my Midwifery Study Group and helped many people to have nice births.  She is such a fun person to work with and I’m so happy that I got to see her give birth powerfully.  Thanks for getting your little head down and cooperating so that I looked good at your birth, honey.

I love you, Gloria